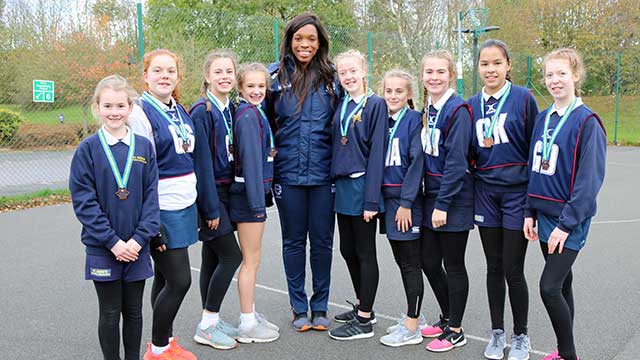 What a weekend it was for the England Netball Roses as they battled their way to Commonwealth Games victory in a very close final, beating host nation Australia 52-51 with a winning goal in the final seconds of the game.

This is the first time England have taken netball gold in the Commonwealth Games, with the Roses unbeaten in their six games to reach the final.

What these athletes have achieved is truly inspirational and we hope this amazing performance will help energise the next generation of inspiring young netballers to achieve success in their sport.

Working with our partners at England Netball, we are delighted to offer many young netball teams the opportunity to meet a member of the Roses squad during a PGL Netball Tournament weekend.

Netball teams from across the country enjoy competing against other teams in PGL tournaments officiated by England Netball umpires. The weekends also include the opportunity to take part in motivational adventure activity sessions to help teamwork and communication, and a prize-giving on the final day, presented by a member of the England Netball squad.

"A great trip. Would love to book again and possibly bring more girls. The visit by Eboni really made the netball super special, as did the presentations and medals. Excellent weekend - thank you so much." The Cheltenham Ladies College.

Find out more about PGL Netball Tournament Weekends for schools and sports clubs and inspire your team for success!